Unlock The Island of Doctor Goorse

You and your team have crash-landed on the island of an eccentric antiques collector.

Unlock! is a cooperative card game inspired by escape rooms that uses a simple system which allows you to search scenes, combine objects, and solve riddles. Play Unlock! to embark on great adventures, while seated at a table using only cards and a companion app that can provide clues, check codes, monitor time remaining, etc.

In Unlock! The Island of Doctor Goorse, you and your team have crash-landed on the island of an eccentric antiques collector. Two to six players will be split into teams, separated in the crash, and forced to escape from two separate starting points. The twists and turns of this challenging adventure will test even the most talented escape artists. With your lines of communication cut, can you and your teammates find a way off the island?

An included ten-card tutorial allows you to learn how to play without reading the game rules. Note: Unlock! requires a free application to be downloaded from the App Store or Google Play. Once downloaded, an internet connection is not required during game play. 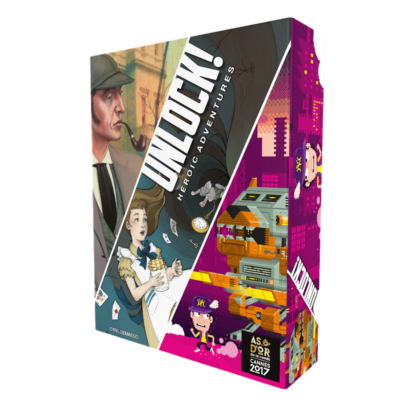 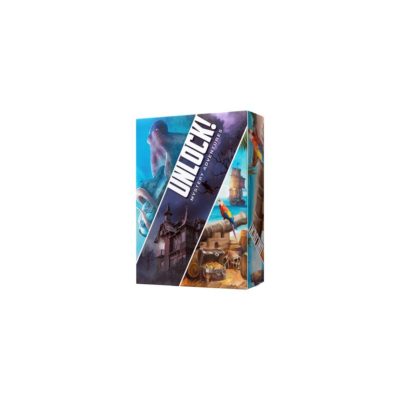 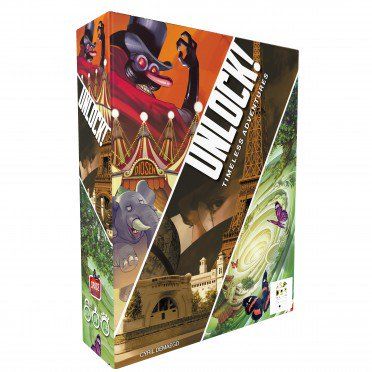 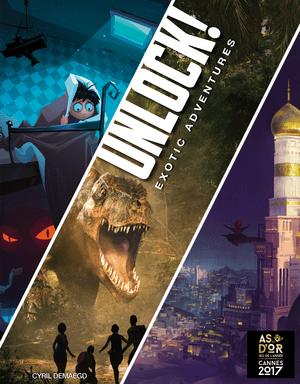