Elder Sign is a fast-paced, cooperative dice game of supernatural intrigue for one to eight players by Richard Launius and Kevin Wilson, the designers of Arkham Horror. Players take the roles of investigators racing against time to stave off the imminent return of the Ancient One. Armed with tools, allies, and occult knowledge, investigators must put their sanity and stamina to the test as they adventure to locate Elder Signs, the eldritch symbols used to seal away the Ancient Ones and win the game. 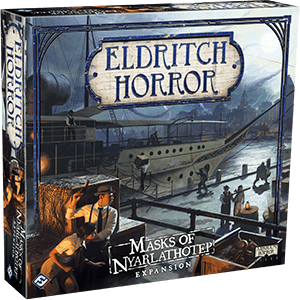